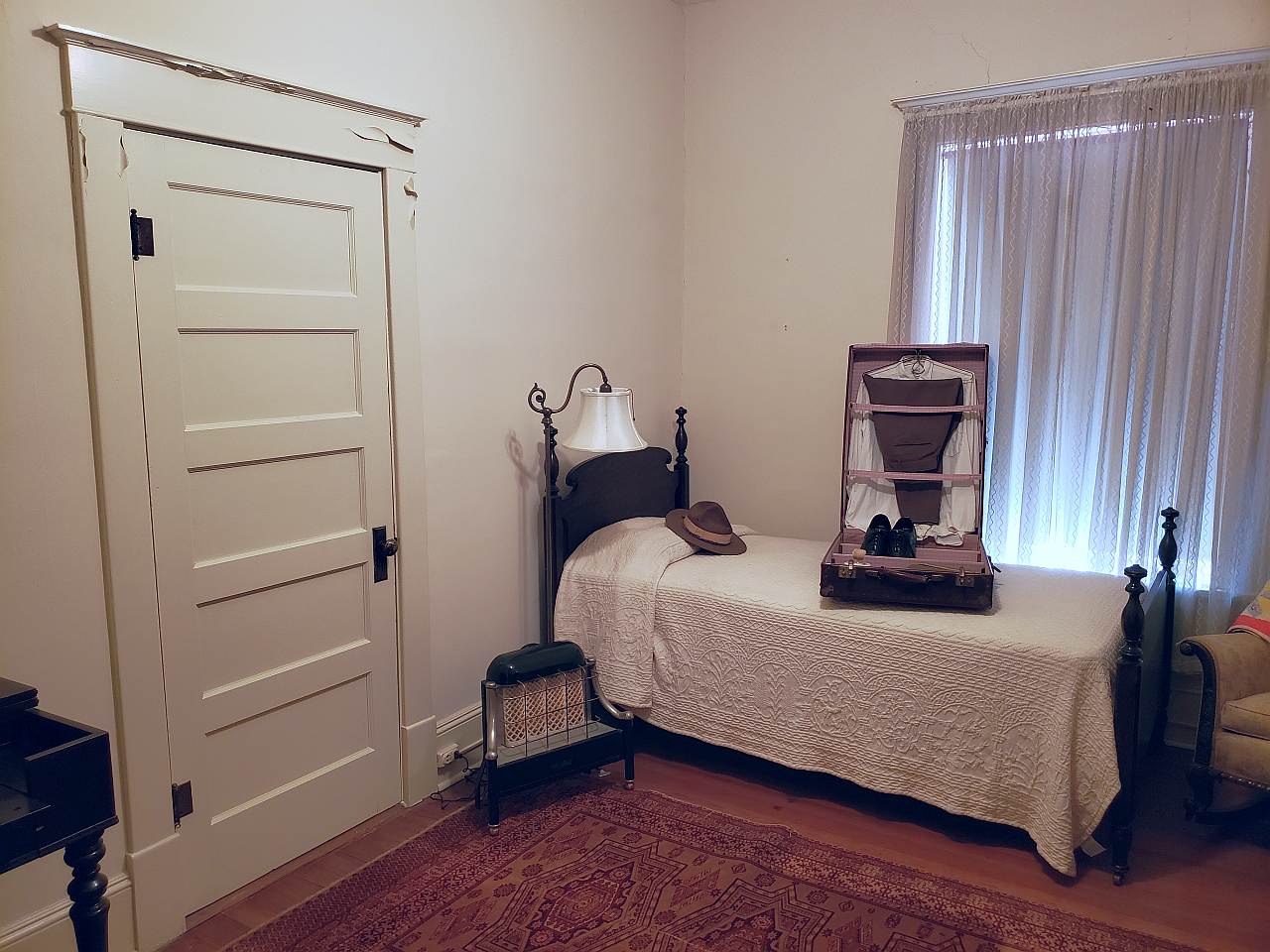 Happy Labor Day! The Kell House Museum is generally closed for all major holidays, and so you will have come visit us later this week or next weekend for a tour! The first Labor Day was celebrated in 1882, it became a federal holiday in 1894. The first parade associated with the event was staged in Manhattan, even though it was slow to get going, as riots were feared, resulting in a large police presence. Eventually, about 200 people from the Jeweler’s Union gathered, setting the celebration on its course, with an eventual 20,000 participants marching. Reports from the time noted that “Lager beer kegs … mounted in every conceivable place.” The Kells would not have approved of the beer, but it apparently set forth a tradition for this unofficial end of the American summer that refuses to be squashed!

It’s a grand new week and that means we’re going to take a gander at another “G” word for the Kell House Architecture Alphabet. You know, for the great gaiety of it all! Our featured addition might seem familiar if you remember your high school or college German…no worries if you don’t, your secret will be safe with us.

The go-to “G” word is “Garderobe”! Any ideas? It is also known as a wardrobe, or a small bedroom or study. Generally, it is a room for the storage of garments, or a closet! It is also often used as a euphemism for a latrine in Medieval buildings…

Are you ready to be part of some myth-busting?

None of the original 13 colonies charged a “closet tax,” and the reason early American homes did not have closets is simply because they did not have nearly as much ‘stuff’ or clothes as we do now. Whatever clothing they did need to store was held in armoires or chests.

On the right is the inside of Joseph’s closet…we’re a bit embarrassed that it’s not better organized. Putting this out here might spurn us to do some organizing …maybe…

There is some speculation as to where the idea of the ‘closet tax’ originated, and it may stem from the ‘window tax’ that was charged in England from 1696 to 1851. The idea was that to peg the tax bill to the proportionate wealth of the homeowner. The more windows a building had, the larger it was, and so the wealthier the owner. This did result in some windows being bricked up and the construction of homes with fewer windows. Both Virginia and Pennsylvania unsuccessfully tried instituting a window tax in the 1800s. But taxing for closet space was never attempted.

On the left is the Little Girls’ Room, it also features a closet!

Closets were originally spaces that were added to wealthier Medieval homes to provide a more private space, since sleeping was generally done in the central area of the home, leaving little room for storage of precious items or spending in private prayer or contemplation, so the closet was added.

As homes grew larger in Europe, the closet gradually disappeared. Clothes were stored in chests or armoires. A side note – coat hangers were not invented until 1869!

The inside of the Little Girls’ Room closet is pictured on the right. Yeah, you got us, we need to clean this one out, too. Those boxes don’t hold anything of note, just more boxes!

When the Puritans made their way to this continent, they took the closet with them, even though they were mainly used for storing things. The number and size of closets expanded as more ‘stuff’ became the norm.

Today’s dream closets feature chairs and areas for relaxation, taking the idea back to its very origin!

And you thought it was “just” Labor Day! September 6th, 2021, is also National Read a Book Day! While its origins are somewhat unclear, it is American. Various challenges make the rounds, from just taking time, guilt-free, to do some reading as the pleasurable escape that it is, to attempting to read one whole book in one day. Here are a few fun facts connected to reading:

The average (non-speed) reader reads between 200 and 300 words per minute. So, it would take you about that long to read this section of the newsletter!

Roughly 72% of Americans read at least one book over the past twelve months. And 65% read a print book. So even with the availability of audio and e-books, holding that printed volume in hand still has great appeal.

About 17% of readers prefer mysteries, while 9% prefer history as a subject matter. Willie May Kell was a fan of the former, while Mr. Frank Kell was an avid reader of the latter.

So, even though we wish we could invite you all to hang on in the comfy chair in the Kell House library, pictured on the left, (we can’t – 1. We’re closed for Labor Day. 2. It’s a museum, so you can’t sit there…) how about you find your own peaceful spot with a book and escape for bit today?

A reader lives a thousand lives before he dies … the man who never reads lives only one.

As part of the Regional Museum Network, a vital piece of the Kell House Museum is on display!

For this third annual installment, each participating museum focused on telling the stories and highlighting the passions of their museum’s founders and sustainers through the objects, photographs, artworks, and stories carried forward by museums to empower the future.

You might be a bit surprised when you find out more about our chosen approach for this exhibit…as no actual artifacts were transported to the Museum of Art at MSU. Here’s the challenge – head on over to 2 Eureka Circle, Wichita Falls, Texas, between September 4th and December 4th, and leave us some feedback on our take on the exhibit. We promise to respond.

Do you have wooden windows that have seen better days? Want to learn how to restore them without spending a zillion dollars? We have the hook-up!

The workshop will include a presentation on window restoration, hands-on instruction, and a take-home packet for all participants. There will even be snacks!

The best part? Costs is only $10 per person!

The Kell House Museum’s Prohibition Dinner Party is coming up fast! Do you have your tickets yet? This long-table dinner under bistro lights will be held outside (read: plenty of room to breathe and allow for social distancing!). It is on for Saturday, October 2nd, from 7 p.m. to 10 p.m. There will be live music by the MSU Jazz Ensemble, live painting by Selena Mize, a photo booth, cash bar, and a reverse raffle. Your entry ticket automatically enters you for a chance at $1,000.