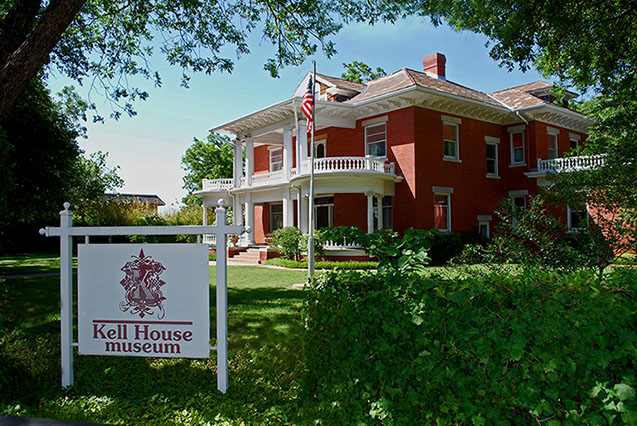 As the 2021-22 school year is about to begin, in quintessential Texas style, we’re crossing all available fingers that the gamble pays out in our favor. The Kell House is forging ahead with fall planning as well. Even with work slated to begin on the outside of the structure, look for full fall programming to accompany our busy schedule. While more details will follow later, the Jack O’Lantern Jubilee, Haunted Tours, and Santa House are in the planning stages. Until we get there, though, enjoy our Architecture Alphabet

“B” Stands for Bonus

It was forecast, there would be bonus words…and this week’s feature of the Kell House Architecture Alphabet brings extra bounty. The second letter in our alphabet also stands for “Bracket.”

A bracket is a projecting support element under eaves, windows, shelves, among other elements, even under stairs. It may be structural but is often more decorative than functional, as in our case. While especially wooden brackets under eaves are often mistaken for rafters (more on those later on), a closer look reveals their true nature!

Pictured is the dead give-away for the easy mistake often made when calling brackets ‘rafters’… a rafter is a support element that runs from the ridge of the roof to the wall plate or beyond, designed to carry the weight of the roof.

If you look closely here, you can see that our brackets are just on the outside of the architrave (aren’t you glad that you know now what that is?), and don’t continue on the right side of the picture, or on the backside of it. They are there to look pretty, not to actually help carry the roof.

Below is a closer look at our eave brackets. Notice their ‘S’ curves and regular installation intervals. These embellishments are influenced by Italianate architecture, which was prevalent in the United States between 1840-1885, featuring wide overhanging eaves and highly decorative brackets.

We don’t deny that ours are lovely but do admire the detailed work of the ones from that period.

See what we did there? One of the more exciting events from this week was the City Council of Wichita Falls meeting on Tuesday. As with all things 2020, the bidding process for the Kell House project slowed to a crawl, which pushed the non-profit right into “danger” territory with the previously awarded 4B Tax Corporation grant. To receive the $100,000, an extension (or reinstatement) of the funds was necessary. After applying, the extension was granted by the board but then required City Council approval as well. While (l. to r. Wichita County Heritage Society President Katie Britt, WCHS Executive Director Delores Culley, and Kell House Site Director Nadine McKown) would have all voted for the pertinent agenda item to be a little closer to the beginning of the meeting, they toughed it out and are happy to report that the funding was re-approved. Thank you, City of Wichita Falls, and thank you, 4B Board for seeing the value in supporting the repository of Wichita Falls history that is the Kell House Museum.

The third letter of the Kell House Architecture Alphabet brings in a charming “Coffered Ceiling.” This type of detail may also be called “Coffering” and is a ceiling with deeply recessed panels which are often highly ornamented. One of the squares seen in our ceiling in the Receiving Hall is considered a “Coffer.” It is thought that these types of ceilings were originally created by crossing load-bearing beams in order to reduce the weight of a stone ceiling. This technique goes back to ancient times, the Roman Pantheon is one well-known structure with this feature.

It made a resurgence in architecture during the Renaissance and was widely seen in Baroque and Neoclassical art and architecture. The Kell House has several neoclassical elements, and this is one of them. Architects like to remind us to take a step back when entering a building and not be so focused on what event lies beyond the door, but to ‘look up’ and appreciate the details of the building itself.

So, the next time you enter somewhere….look up! Maybe you will be treated to a wonderfully detailed Coffered Ceiling like ours! The picture on the right remains one of our favorites, cool ceilings don’t always get the attention they deserve.

Some letters of our Kell House Architecture Alphabet were easier to satisfy than others, and it wasn’t always the most obvious ‘harder to match’ letters that gave us fits. Since we are still early in the alphabet, we thought we’d introduce another candidate for “C”!

Most architecture aficionados know that older buildings in hotter climates have a lot of windows. So does the Kell House. Did you know that before glass became more readily available, windows, or “wind-holes,” as they were installed largely for ventilation or providing a draft for internal fires, were often covered with oiled animal skins, cloth, or paper? This was true even for Colonial America.

As we have touched on with the “Awning Window” from our powder room, there are several different types of this handy invention. The Kell House is also home to a few “Casement” windows. Casement windows are those that hinge on the side, allowing the window to swing either in or outward from the left or right side. They often have casement or peg stays that ensure the window stays open at a predetermined angle.

The casement window graces the back porch. This porch is screened in and the window swings inward. Here, there is no casement or peg stay.